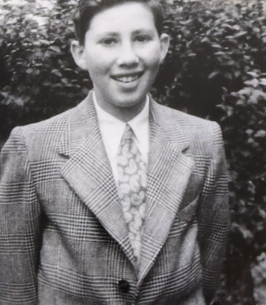 William Bartfield, 90, passed away peacefully in La Jolla California on Sunday 3/27. While his health declined in the last 6 months he was able to celebrate his 90th birthday earlier this month with family.

William was born in Leeds England on March 6th 1932. He qualified as a Chartered Accountant in 1953 and also served in the RAF for 2 years. William would always refer to his qualifications in Accounting as the foundation for his extensive career as an Entrepreneur. Most notably, he founded the very first supermarkets, Grandways, in England and went on through the years to establish diverse businesses in staffing, rollerskating, skateboarding, french fry vending, and last but not least Stand by Golf tee time scheduling.

William loved to travel and over the course of his life he lived in England, Johannesburg South Africa, Newburgh New York, Los Angeles, Palm Springs, Las Vegas, Nice France and, most recently retiring in LaJolla California. He had a keen eye for beautiful things and places.

As the oldest son of Isaac and Emily Bartfield, William is survived by his wife of 43 years Joyce Esme, his younger brother and sister in law Robert and Susan Bartfield, his children and their spouses, Andrea and Tom Gray, Philip and Diane Bartfield; 5 grandchildren, 2 great grandchildren, Joyce's daughters Denise and Claire and their families.