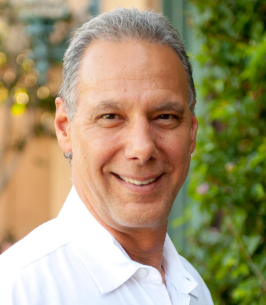 Craig Lambert, born on May 22, 1956, was a beautiful soul. He passed away on Tuesday, August 16th, surrounded by an intimate group of his family and closest friends. He is survived by his wife Debbie, sisters Andrea and Tiffany, brother Scott, sons Jared and Gage, and step daughters Emma, Sophie and Shayna,

Craig was the thoughtful and loving son to Faith and Jack Lambert. He grew up in Ridgefield, NJ where he spent his formative years. His childhood friends from Ridgefield shared a special bond that lasted a lifetime. He then moved to San Diego where he began his family and raised his two sons. Craig dedicated his time as a father to giving wisdom, love and understanding to all his children.

Craig took a passionate interest in yoga, meditation and the flute at an early age. He spent many years with a backpack on and traveled throughout the world. During his time in India, he studied under B. K. S. Iyengar who was considered one of the foremost yoga gurus in the world. In San Diego he continued his 35 years of training at Full Circle Yoga with his teacher Aman.


His educational background includes a bachelor’s degree in Psychology from NYU and a Masters of Social Work from San Diego State University. In 1989 he began work as an independent psychotherapist and was licensed as a clinical social worker. He has spent the last three decades helping couples to rekindle their love, deepen their intimacy and strengthen communication. Most recently, Craig and his wife Debbie started Lambert’s Couples Therapy and created a safe space for couples to set relationship goals, rebuild their bond and reawaken romance.

Craig created a warm and loving connection with everyone he knew. He created a space where you felt heard, acknowledged, and loved. His presence filled the universe with love and his absence will leave an empty space in our hearts and lives.
Craigs life was an example of how a loving life is lived. His heart, mind and soul will carry on in each person who had the gift of knowing him.